Fødselsår:
1967
Dødsår:
Nationalitet:
Danish-icelandic
Olafur Eliasson (b. 1967) lives and works in Berlin and Copenhagen. He studied at the Royal Danish School of Fine Arts (1989-1995) and is a professor at Universität der Künste in Berlin, where he also has his studio and a staff of approximately 70. Since the early 1990s, Eliasson has worked with media such as photography, film, installation, sculpture and architecture, as well as elements and materials such as light, fog, ice, lava stone and moss. From this basis he creates new and surprising encounters between art, nature and science. In 2003 he represented Denmark at the Venice Biennale, and has exhibited in museums such as Tate Modern in London, The Museum of Modern Art in New York and Martin-Gropius-Bau in Berlin. In Denmark he is particularly famous for the Your Rainbow Panorama installation on the roof of the ARoS museum of art in Aarhus. Meanwhile, in conjunction with Henning Larsen Architects, he designed the exteriors for the Harpa concert hall in Reykjavik, which has just won the Mies van der Rohe Prize. 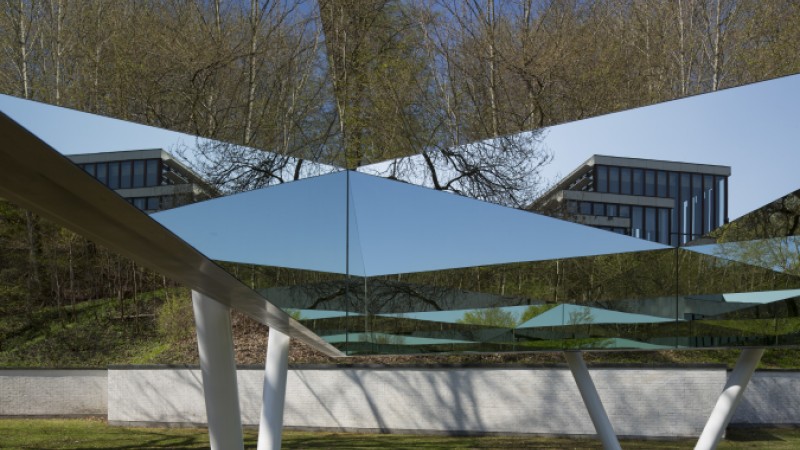