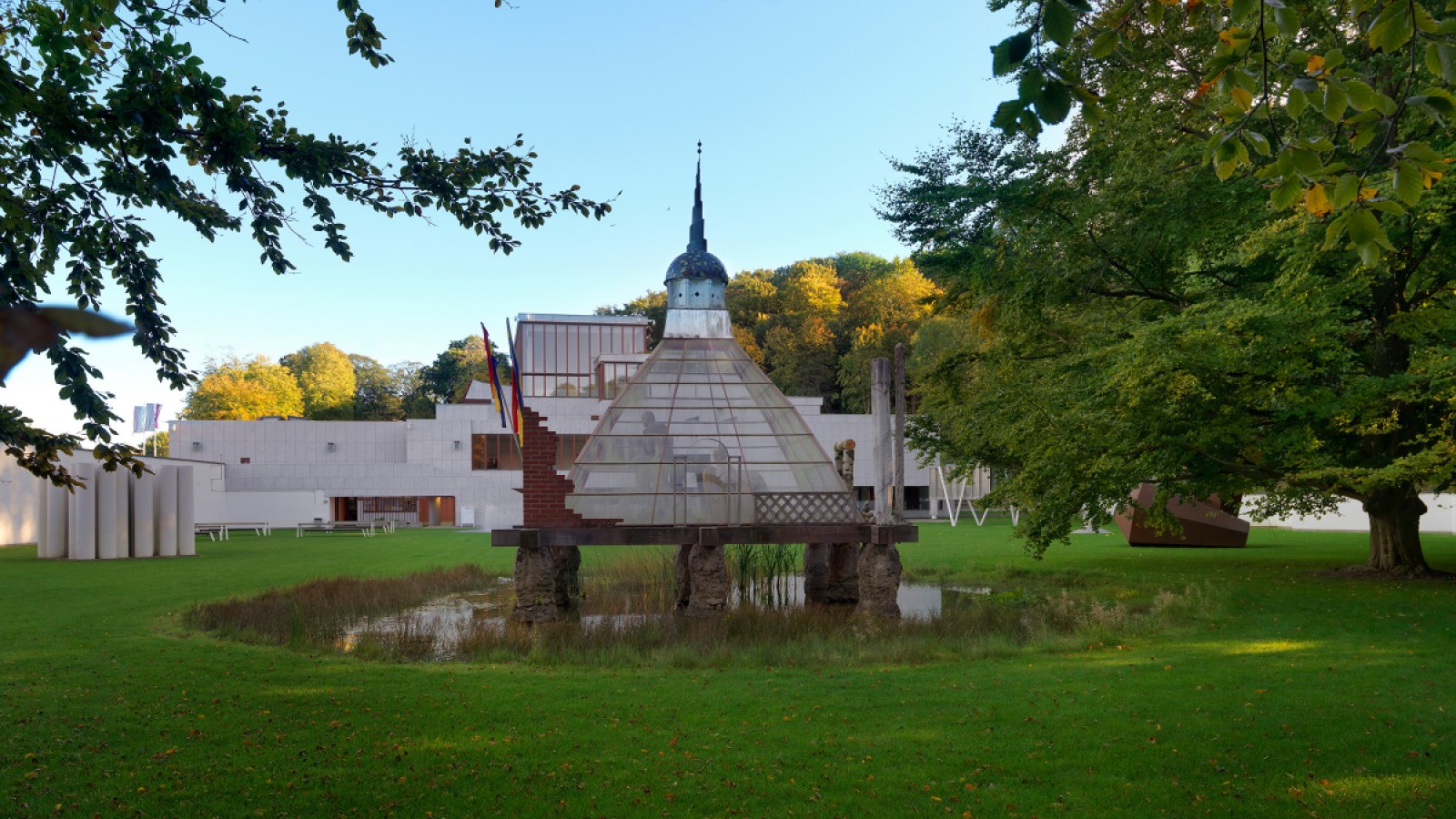 Like the actual Museum, Kunsten’s Sculpture Park was designed by Alvar Aalto. As you will soon discover, there is a common thread uniting Aalto’s architecture and interior design and the Sculpture Park outside. The Sculpture Park features sculptures and installations by the likes of Bjørn Nørgaard, Mogens Møller, Jeppe Hein and Gunnar Aagaard Andersen.

Previously the sculpture park was more something to look at. It was usually fancy ladies who visited the Museum in the past. They would stand outside and admire the park and its works from a distance. What would they gain by walking on the grass in their high-heeled shoes!

Part of a Holistic Concept

What they could see, and what you can still see today is the architectural interaction with the surroundings. The Museum, the amphitheatre and the sculpture terrace merge with the nature around them. Building and nature are one. Alvar Aalto designed and created Kunsten on the basis of a holistic approach, which was all about allowing contrasts to encounter and supplement each other.

You can see a prime example of this when you stand in the Sculpture Park and look up at the Museum building. It is as if the building’s clean, sharp lines are emerging from the depths of the landscape like a natural extension of the park. But even when standing inside the Museum, you get the sense that the park is part of the building. The extensive, fertile, green area outside ‘rolls in’ through the large windows in the foyer.

Like the rest of the Museum, in 2014-2016 the Sculpture Park was restored and revitalised. The park needed ‘tidying up’, so the original, controlled view of the woods from the building was recreated, and the park was given a new, simpler life. The surrounding white wall was repaired and a number of sculptures were put into storage or replaced.