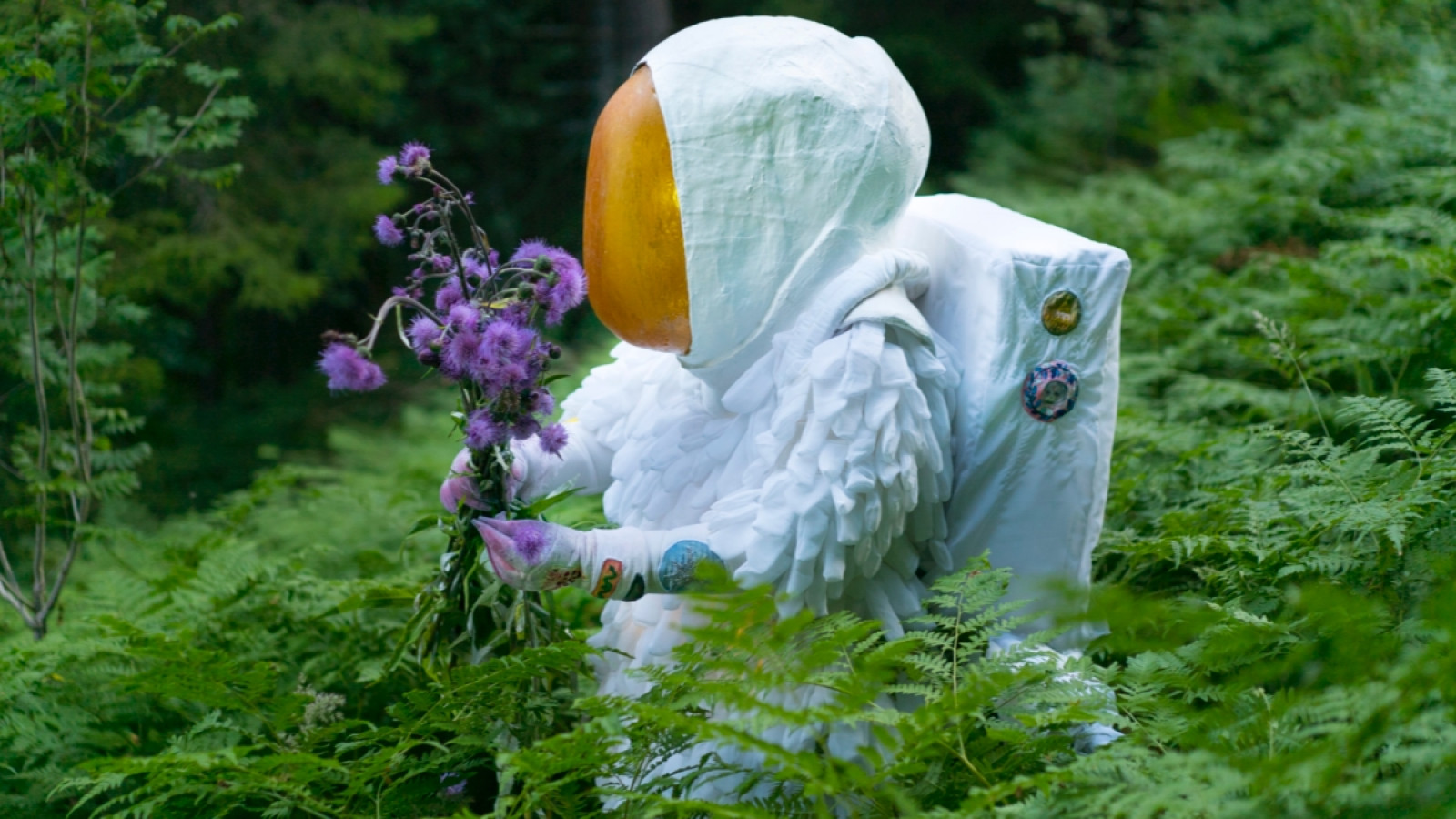 This film trilogy will whisk you off on a mysterious journey, on which you will encounter the magical creatures in the forests and mountains of Telemark. Buy a cup of hot chocolate in the brasserie and make yourself comfy.

Kunsten is proud to present this fascinating work of cinematic contemporary art by the young, Norwegian artist Ingrid Torvund. One of Kunsten’s curators, Søs Bech Sharpe will introduce the work.

Ingrid Torvund’s film trilogy Under Earth is composed of three short films, each with a running time of between 20 and 27 minutes: Magic Blood Machine (2012), When I Go Out I Bleed Magic (2015) and I Found You Under Earth Under Blood (2019).

She shot the films in the western part of Telemark in Norway: an area known for folk music, storytelling and ancient churches. As the artist explains, it is a place where Christian and pagan symbols coexist.

In these works, Torvund creates a personal mythology rooted in this stunning landscape, drawing on Christian and pre-Christian mysticism, magic and folklore.

Ingrid Torvund (b. 1985) graduated from the Academy of Fine Art in Oslo in 2012 with a BA. Torvund has had previous solo exhibitions at Kunsthall Oslo, Bomuldsfabriken Kunsthall, Spriten Kunsthall, Kurant in Tromsø and SOFT galleri in Oslo. She has also participated in group exhibitions at the Museum of Contemporary Art Kiasma, Galerie im Körnerpark, the Southbank Centre in London, the Museum of Applied Arts in Frankfurt and Forbundet Frie Fotografer in Oslo.

Her work has twice featured in Høstutstillingen – the annual National Art Exhibition in Oslo.

Ingrid Torvund’s works are represented in the collections of the Municipality of Oslo and the Kiasma Museum of Contemporary Art in Finland.

The event is in English.

Klik her for at reservere plads til 20 kr.