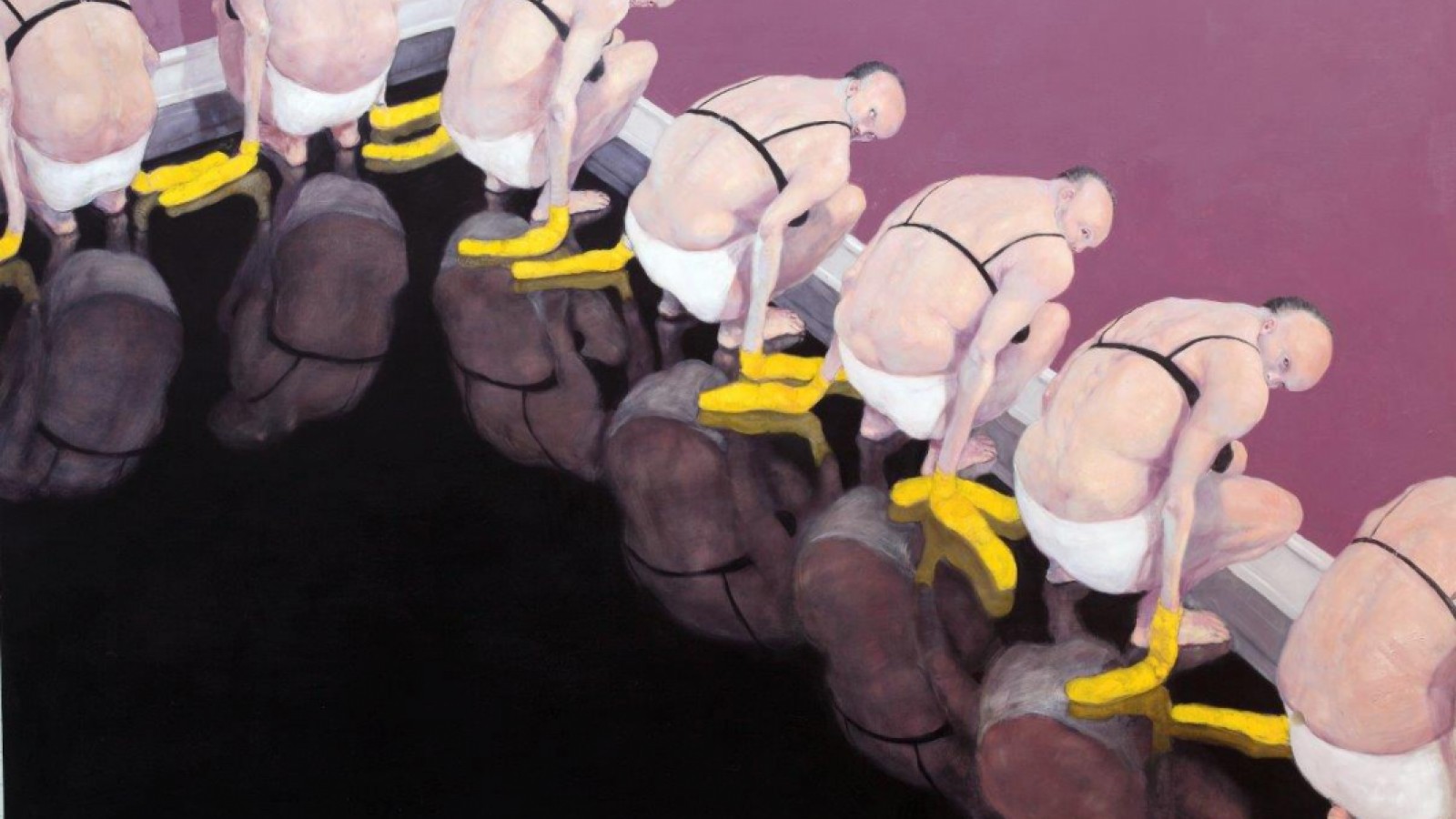 In the museum we have a notable collection of works by the Danish artist, Michael Kvium. The collection is rarely shown in its entirety, but in this special Focus exhibition you can discover Kvium’s absurd, grotesque, aesthetically beautiful, perverse and tragicomic works from 1985 to 2015. The exhibition features a total of 22 individual works and a series of 60 paintings.

Nimbly painted entrails, androgynous human figures with their hands and feet tied and a mother busily eating her child – Michael Kvium’s works are both horrific and amusing. From 9 February you can enjoy a fascinating selection of Michael Kvium’s oil paintings and drawings, and a video piece. The exhibition includes the work, Big Foot, and You Can Do What You Want and So Simple, which many people know and love. There is also a selection of drawings, which have never previously been displayed in the museum. There are also some works on loan, which have never been exhibited at Kunsten before.

Michael Kvium was born in Horsens, Denmark in 1955 and grew up in a Catholic family with seven siblings. He started his artistic career as a cartoonist on the local newspaper, Horsens Folkeblad, where he worked for six years. From 1979 to 1985 he studied at the Royal Danish Academy of Fine Arts in Copenhagen. It was also in the 1980s that he experienced his artistic breakthrough, and his work has featured sensational figurative realism ever since.

Michael Kvium has created countless paintings, and exhibited at museums and galleries both in Denmark and abroad. He is also known for his collaboration with the performance group, VÆRST [Worst], whose members also included Sonny Tronborg, Ingunn Jørgstad and Christian Lemmerz. Across the years, deploying a broad range of forms of artistic expression, including drawing, graphics, video, performance art and painting, Michael Kvium has portrayed the meaninglessness of life and the murky aspects of humanity. 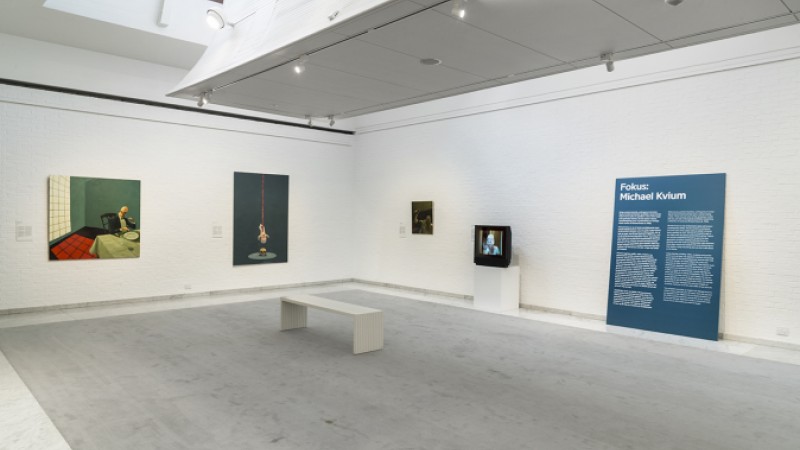 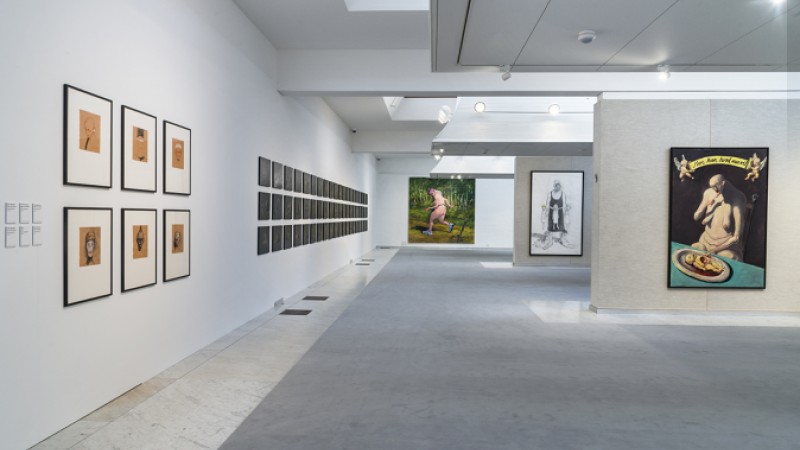 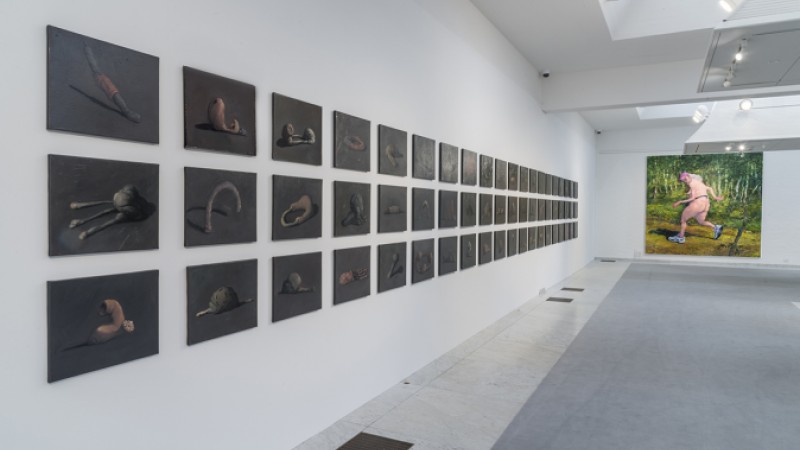 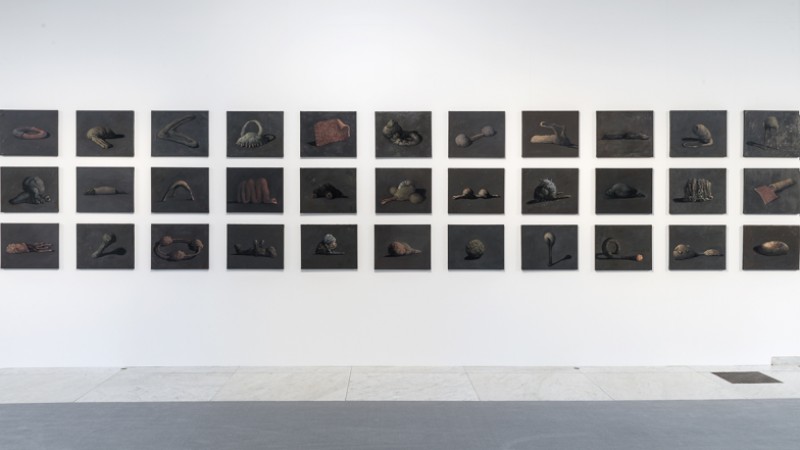