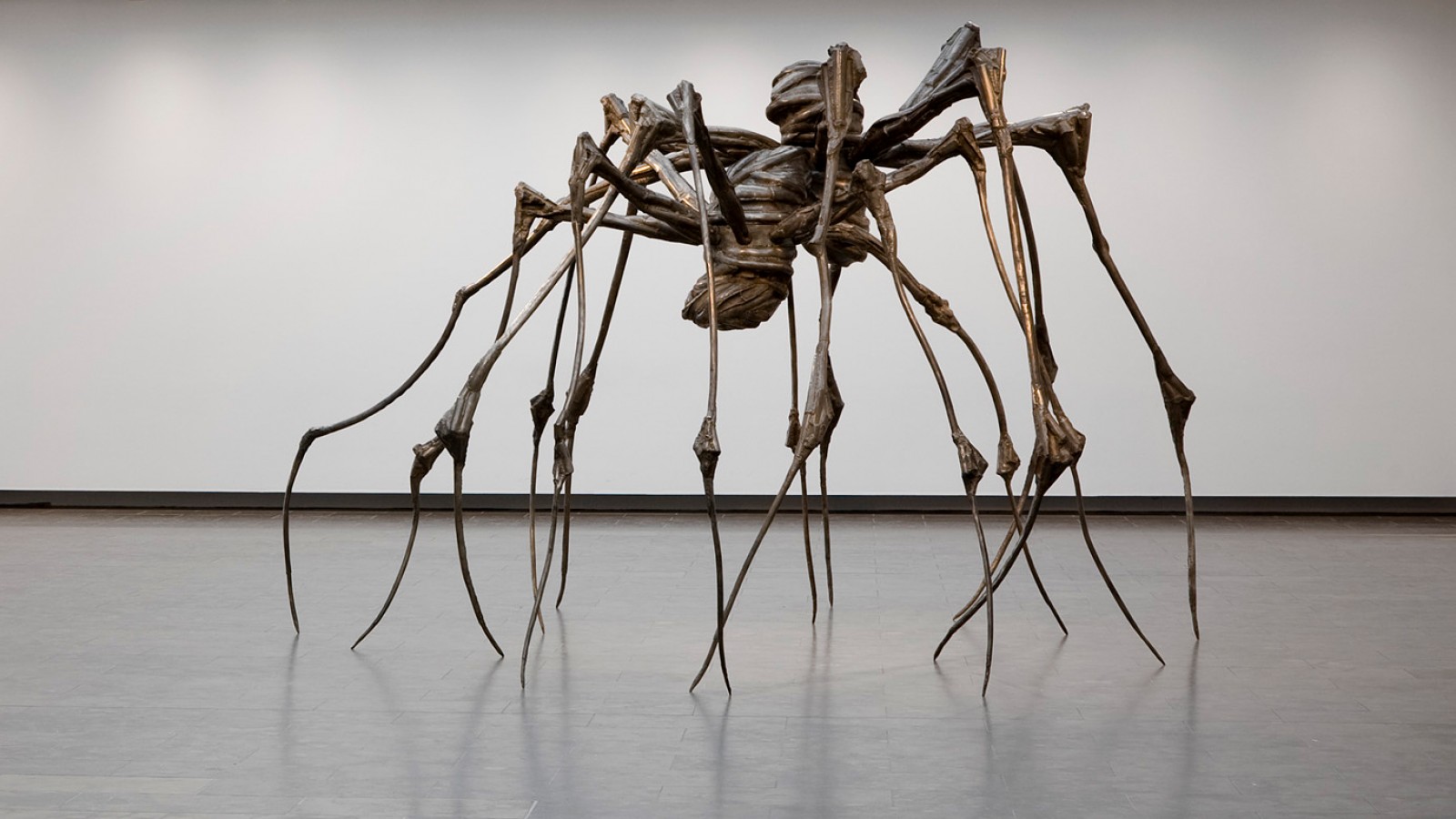 Twilight settles on Kunsten in Aalborg

During the autumn season, Kunsten in Aalborg will present the exhibition, Twilight Zone including iconic works from Louisiana such as Louise Bourgeois’ gigantic spider couple.

”It is a dimension as vast as space and as timeless as infinity. It is the middle ground between light and shadow, between science and superstition, and it lies between the pit of man’s fears and the summit of his knowledge. This is the dimension of imagination.“

This was the introduction to the legendary TV series, “The Twilight Zone” from 1959, a series of epochal tales of destiny, science fiction and horror.

The series is also the inspiration for the upcoming exhibition at Kunsten comprising selected works from Louisiana. The exhibition is the second - and the most ambitious - part of a three-year collaboration between the two art museums. A collaboration, which has been generously facilitated by support from The Augustinus Foundation.

The exhibition occupies the museum’s lower level, where the New Exhibition Hall’s darkness will be a sharp contrast to Alvar Aalto’s iconic light-filled exhibition hall on the museum’s upper level.

Exposed in the twilight

In the exhibition entitled Twilight Zone, a broad range of works will explore the overall theme of nature, which is not natural and human beings who are not human. Guests will be invited to embark on a journey into the darkest corners of nature and the mind, staged as a seductive collage of artworks, which succeed one another in the darkness.

In Twilight Zone one can experience works that are so compelling that they border on the unpleasant: Cindy Sherman’s photographic stagings of a female corpse, Louise Bourgeois’ gigantic spiders, Dennis Oppenheim’s iconic work Attempt to Raise Hell and Nancy and Edward Kienholz’s installation, The Middle Islands, in which the human animal is trapped in what could appear to be a scene of torture.

Other parts of the exhibition are less figurative and explicit, but all the works operate in the twilight, where light, dark, the supernatural, wonderment, melancholy and alienation hold sway in human beings and in nature, like Thomas Demand’s dreamlike Lichtung, in which large natural scenes are painstakingly constructed from sculptures made out of materials like cardboard, plastic, tape and polystyrene and subsequently photographed in a way that makes all traces of fiction disappear.

- When the duskiness and contemplativeness of autumn take over again, we will open the doors of Kunsten to twilight and allow major international stars to illuminate our art sky. We will be showing some exceptional and iconic works thanks to our collaboration with Louisiana, says Stinna Toft, Chief Curator at Kunsten. She continues.

- Throughout art history, the special mixture of light and darkness has formed the basis for artworks in which fantasy and reality are mixed together and create the most thought-provoking scenarios. Instead of showing the idyll, there is an examination of a world view in which the individual’s internal division, alienation and irrational darkness can seduce the visitor to the museum.

The works in the exhibition have been carefully selected from Louisiana’s superb collection of modern and contemporary art. It has been staged as an apprehensive journey into darkness via the light by exhibition architect Anne Schnettler.

The exhibition is the second part of the three-year collaboration between Kunsten and Louisiana Museum of Modern Art, in which Louisiana’s world-renowned collection comes out to a larger part of Denmark. Over a period of three years, a series of exhibitions based on the collection at Louisiana will be shown in the unique framework of Kunsten, designed by the Finnish architect Alvar Aalto.