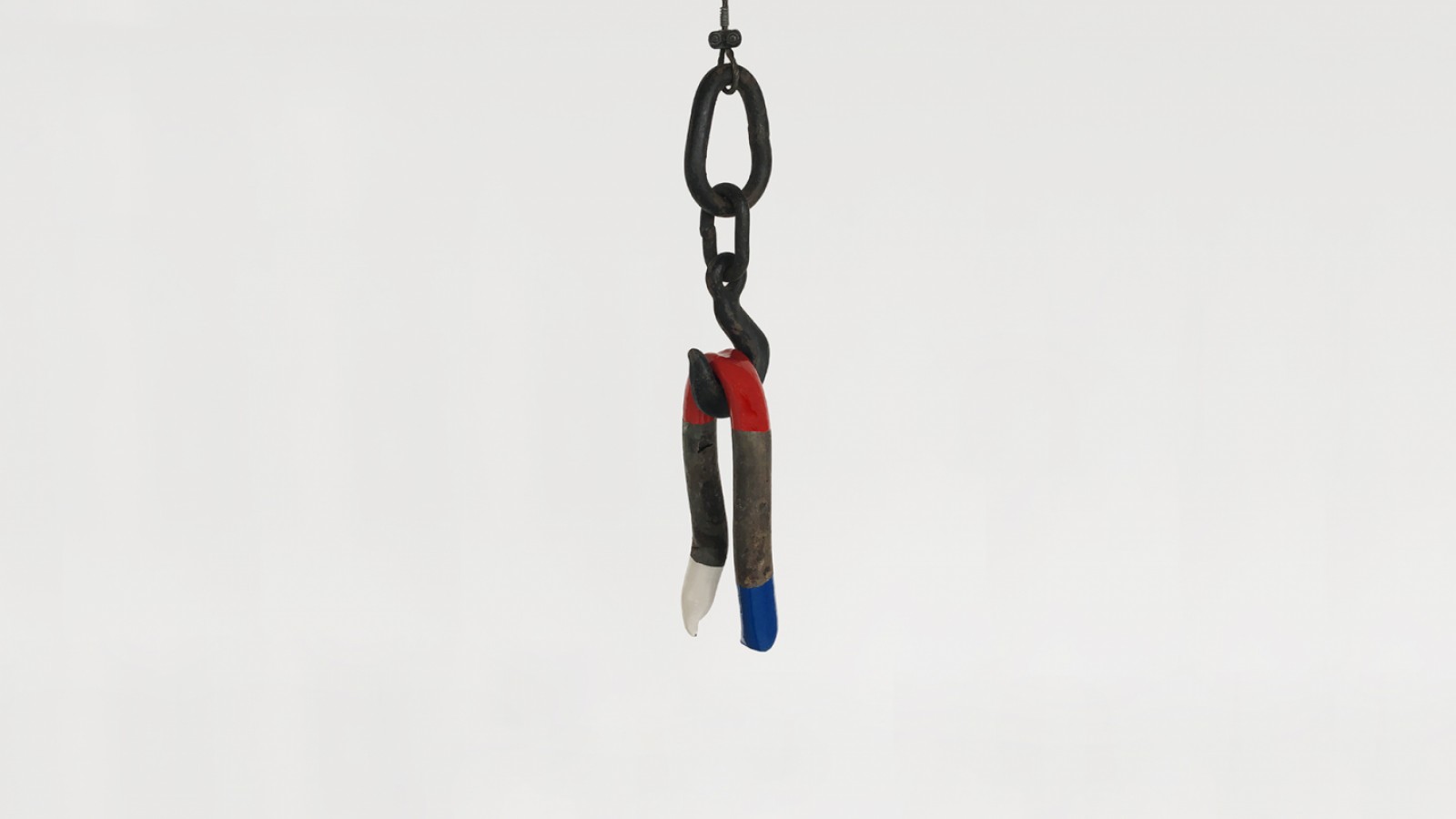 In his first solo exhibition in Scandinavia, the internationally renowned artist Roman Ondak, immerses us in a time loop.

A collision between the past and present, adolescence and adulthood is a central theme of the exhibition titled History Repeats Itself. Exploring themes relevant for today’s political development, the exhibition strives to inspire critical thinking, dealing with topics the artist tracked from his memory of the period when he grew up during communism in former Czechoslovakia, and which similarly, as if in a loop, a new generation of young people might be confronted with at present.

The exhibition History Repeats Itself invites the viewer to participate in a suggestive staged show, laid out as clues tracing both the passage of time and our capacity to learn from history. The audience visiting is engaged in a sort of archaeological field work, imitating the artist’s own method, where objects are carefully collected and laid out as hidden messages.

Roman Ondak has a strong preference for small overlooked objects from the past, which he unearths and presents as art. The exhibition appears to be a fragmented landscape of paintings, drawings, photos, objects and glass cases containing the artist’s early still lives paired with original objects appearing drawn or painted in the still lives themselves. All these elements have been scattered as clues or traces that can be reassembled in a new way in the viewer’s mind, offering new insights.

The artist’s upbringing during the communist rule in Czechoslovakia before the collapse of the Berlin Wall is being reflected in several of his works in the exhibition. The works can give the impression that reality has been slightly adjusted, thus mirroring the propagandist alterations of image and distortion of reality that were the fact of life for the artist while growing up.

Roman Ondak has created a new work especially for Kunsten in cooperation with local Aalborg youth. The work is designed as a spy game that takes its starting point in the Cold War’s spying techniques, contrasting them with today’s surveillance and communication technologies. In the course of the exhibition’s running time of approximately six months, spy objects are made by groups of local adolescents, entirely in the style of the Cold War espionage. Objects carry secret messages and the exhibition itself becomes a platform for their transmission between involved groups.

The curator of the exhibition, Stinna Toft, says:

‘Roman Ondak brings new life to the idea that Marcel Duchamp immortalized with his work Fountain (1917), which consisted of a urinal turned upside down, presented as art. Roman Ondak is also a collector of sorts – but he revitalizes the genre by placing the ”object” in a broader context that allows new stories to unfold – with a personal, poetic and political impact and power’.

The exhibition History Repeats Itself is very relevant today when walls are being built and nations are shutting themselves off from the world. The exhibition focuses on topics such as personal freedom, control, surveillance, censorship as well as dreams and hopes on a personal and universal level.

Roman Ondak’s works have been exhibited at Tate Modern in London (2006), Centre Pompidou in Paris (2008), MoMA in New York (2009) and Reina Sofia, Madrid (2013), and he has participated in biennials across the globe, e.g. in Berlin, São Paulo, Panama and Shanghai. He represented Slovakia at the Venice Biennale in 2009 with one of the year’s most widely discussed pavilions. In 2012 he was Artist of the Year at the Deutsche Bank Guggenheim, and his works can be found in important collections such as MoMA, New York, Guggenheim, New York, Museum Ludwig, Cologne, MUMOK, Vienna, Pinakothek der Moderne, Munich and Tate Modern, London.

Kunsten pARTicipate is a series of exhibitions, in which international contemporary artists develop new projects for Kunsten. The invited artists create art that involves the audience, either through performative strategies, sensory installations or engaging the audience to commit and co-create. Kunsten pARTicipate celebrates human creativity and creative force and opens up a space for participation.