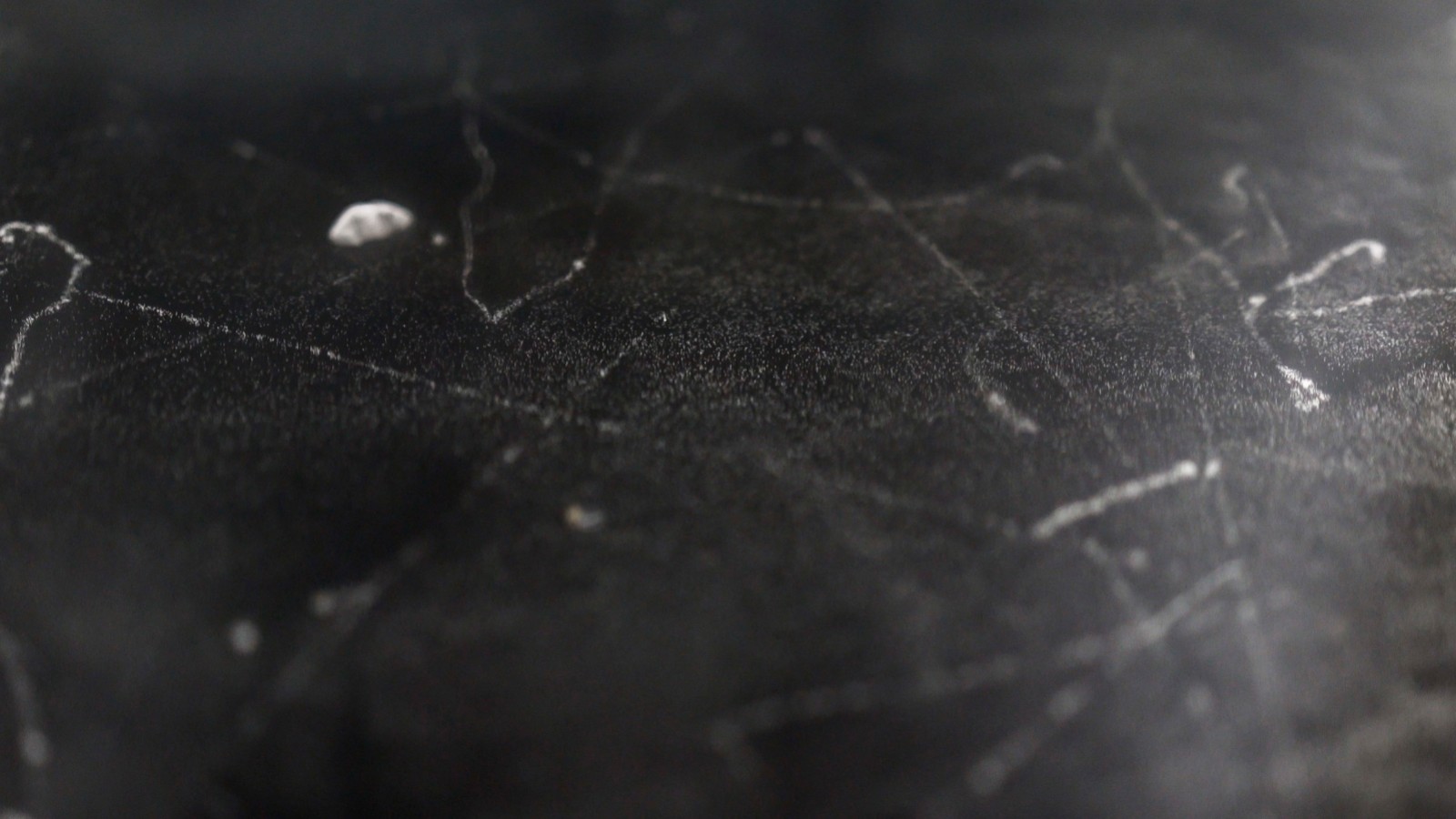 Cosmic Radiation: #11 Cobalt Blue explores the question of how life on Earth is connected to cosmos. On a more philosophical level the project inquires how life on Earth is not only influenced by, but also dependent on, forces beyond human control and reason. Such forces may be particles from distant galaxies, or they may be natural forces, a global pandemic or other unpredictable events. Having grown up in Ukraine in the former Soviet Union, Hunts is informed by ideas originating in the Russian avantgarde and the ambition that art and science collaborate in transforming society. This is also present in Cosmic Radiation: #11 Cobalt Blue for which she connects quantum physics, Russian Constructivism, Russian Cosmism, an esoteric movement active in the time around the Russian Revolution (1917-23) and Alvar Aalto and Jean Baruëls architecture for Aalborg Art Museum. Silently hovering above this investigation is a present-day social crisis effected by Covid-19 situation.

As carefully orchestrated spatial enclosures, Alvar Aalto’s design for the museum and Michelangelo Pistoletto’s design for a mirrored gallery, share some defining features. They are both spaces of experience. They both shield against the outside world and control how the interior space can be perceived by a beholder. In Alvar Aalto’s architecture, an elaborate lightening system controls how daylight enters the galleries. Reflective screens and terraced ribbon windows allow the sun rays to enter, while deflecting the light waves in order to create indirect light. In the mirrored space of Eleven Less One the 4,5 meter high gilded mirrors create an illusionistic world of reflections. Apparently, these mirrored spaces open up to an infinite chain of reflections. However, the excess of spaces that they generate are in fact a reproduction of the same reflection seen from inside the room. Thus, the installation wards off the external world rather than connecting to it.

The exhibition below assembles objects, drawings, articles, correspondences between Niels Bohr and Lev Landau, as well as an artwork from the Kunsten collection, Beta Positive by the French-Hungarian artist Victor Vasarely. They are all items found by Alexandra Hunts during her archival research at Kunsten and the Niels Bohr Institute Archive in Copenhagen. The collage does express a logical connection between. Rather, the constellation points to an open-ended interpolation of ideas between science, art and museal architecture. The fragmentary nature of the exhibition may also indicate that this is an initial artistic research for a future project in which the museum itself turns into the object of investigation.

The performance Cosmic Radiation: #11 Cobalt Blue took place November 4 2020 as a performance and immersive installation inside Eleven Less One. During the performance, the gallery was transformed into an interactive environment, mediated by a large centrally placed double projected screen on which the video Apples Glow Blue was displayed. The performance evolved as an exchange between Hunts and professor of quantum physics at The Niels Bohr Institute, Charles M. Marcus. In a choreographed dialogue, consisting of eleven sequences, the voice of the artist interchanges with that of the physicist. Both speak about the universe, particles, the sun, time, illusion and reality. Employing the language of scientific precision, the physicist accounts for particles travelling from distant galaxies to encounter air molecules in the atmosphere and changing its state until, eventually, it comes down to earth as a shower of particles. The artist, on the other hand, reflects on scientific phenomena, questions the nature of relations between earth and cosmos and points to the ubiquitous physical entanglement of contemporary human life and society with the forces of the sun and the cosmos. Like a solar cycle lasting eleven years, and alluding to the eleven parts of Pistoletto’s artwork, the narrative found its course as an eleven stages journey - eventually bringing together the statements of the scientist and that of the artist. As an at once poetic and scientific testimony of the presence of cosmic traces in the physical space, the participants in the performance, seated on Aalto’s chairs, could experience the traces of cosmic particles descending to earth and becoming absorbed by air, bodies and objects.

Apples Glow Blue is based on an experiment which Hunts conducted in 2020 in collaboration with Niels Bohr Institute, NIkhef and FABRIKKEN. For this project Hunts built a cloud chamber, a particle detector used in experimental particle physics in the first part of the 20th Century. A cloud chamber is a sealed environment in which a super saturation of air is achieved by creating differences in temperature and using alcohol. The condition of supersaturation of air makes it possible to detect cosmic particle as radiation. When the particles collide with the gas in the cloud chamber, they produce a trace of light. The shape of these light trails indicates the properties of the particle. While an alpha particle trail is thick and straight, a beta particle produces a blurred and deflected trail.

Apples Glow Blue documents an experiment which historically belongs to the realm of science. By moving the experiment into the sphere of art, Hunts shifts the modalities of experience through which the experiment can be accessed. Activated inside the Pistoletto room, the phenomenon of cosmic radiation becomes tangible for the participants as a physical and embodied experience. Contrary to the laboratory, where testing is subjected to specific protocols for validating or rejecting hypotheses, in the Pistoletto Gallery the experiment unfolds without such rationale and predefined purpose and an open ended, at one poetic and sober, questioning of cosmos, life on earth, creation and decay. The performance has kindly been supported by Profox.

What is Cosmic Radiation?
Cosmic radiation is a phenomenon, caused by the fact that galaxies in the solar system emit energy. Thus, cosmic radiation consists of light and energy in the shape of particles, which enter into the atmosphere of the Earth. The scientific research on stellar radiation was provided in 1938 by the Soviet Ukrainian physicist Lev Landau. The radiation of the sun also influences life on earth. During periods of high activity, the magnetism of the sun prevents part of the cosmic radiation to reach the Earth. The activity of the sun follows an eleven-year cycle, and solar physicists confirm  that in 2020 a new solar cycle has just begun.

Cosmic Radiation is part of Open, a research project and public program funded by the New Carlsberg Foundation and Statens Kunstfond.

More about the event on November 4 2020 in our calendar. 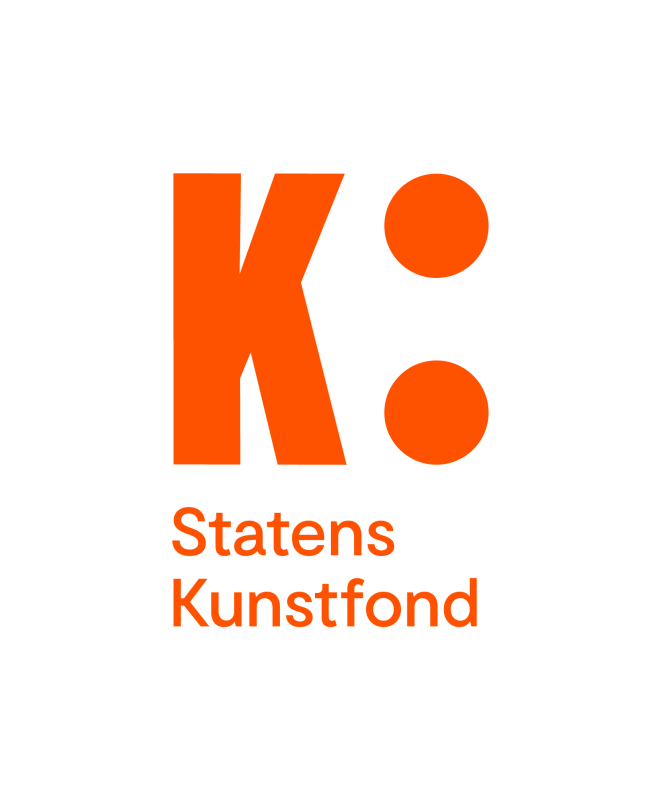 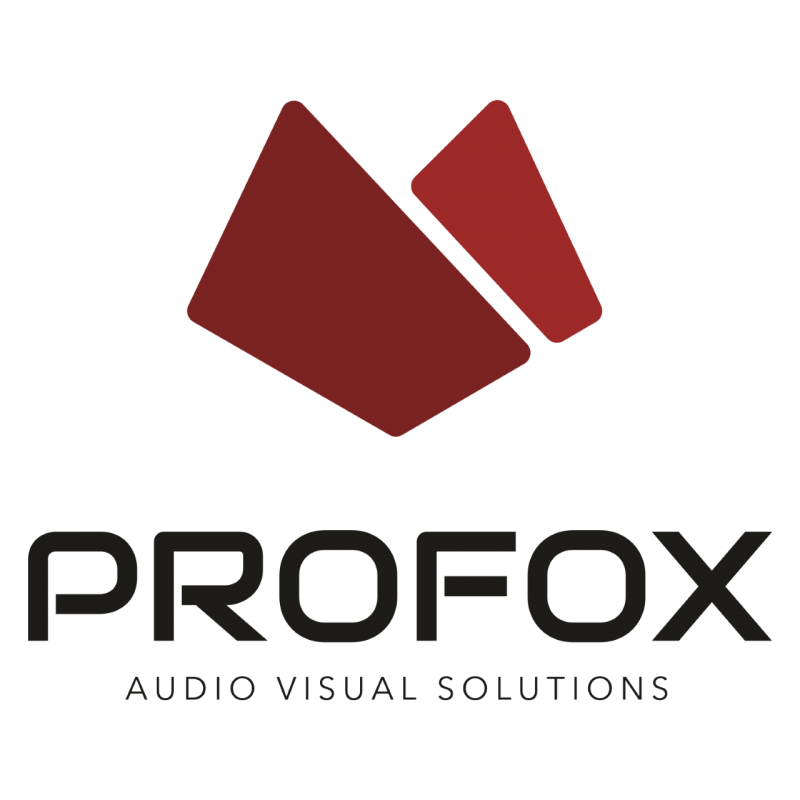 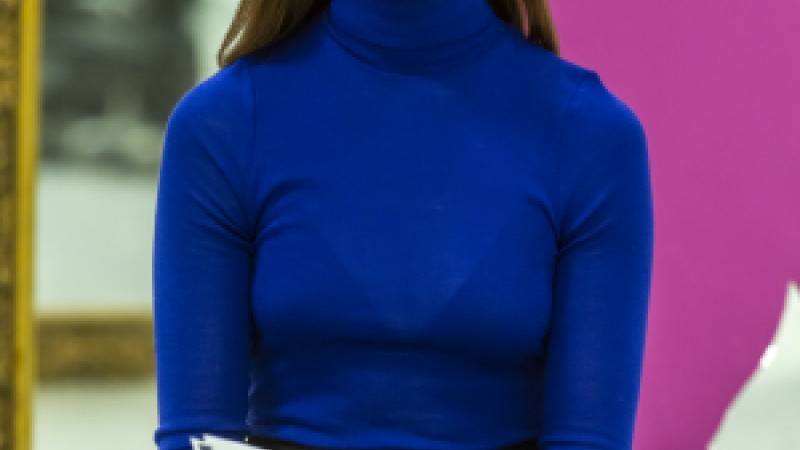 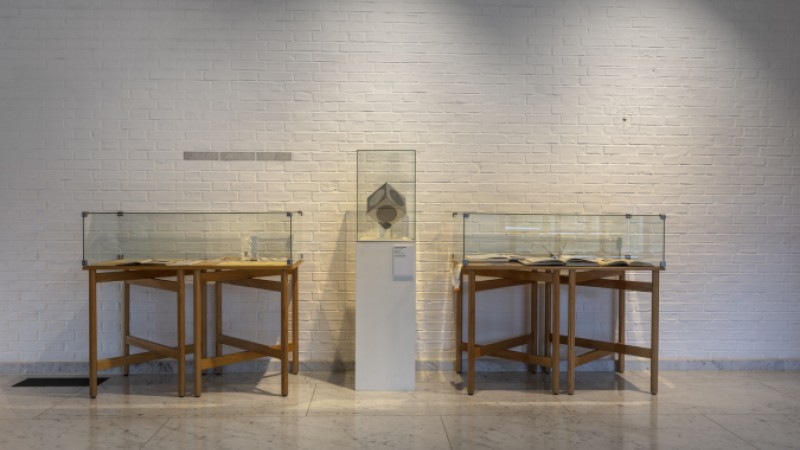 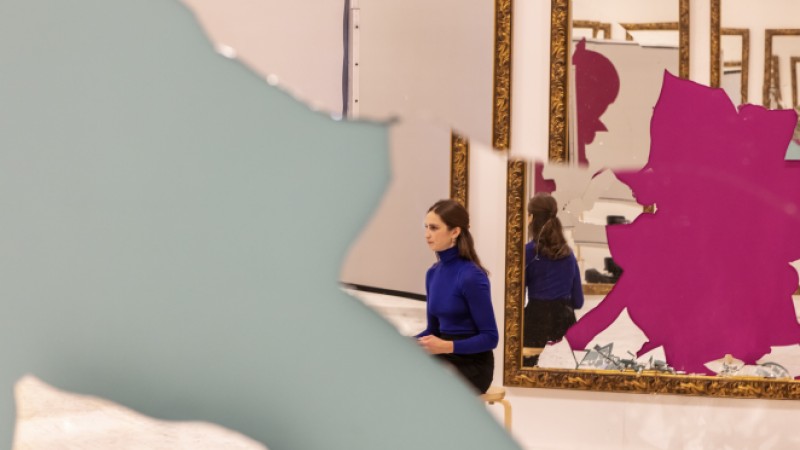 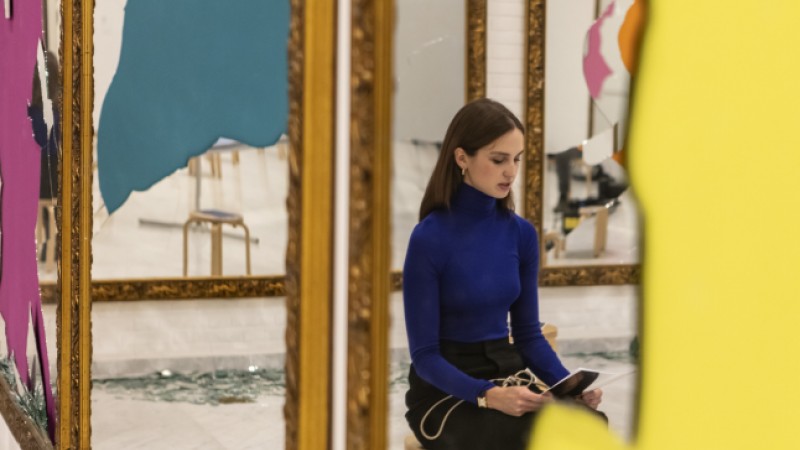 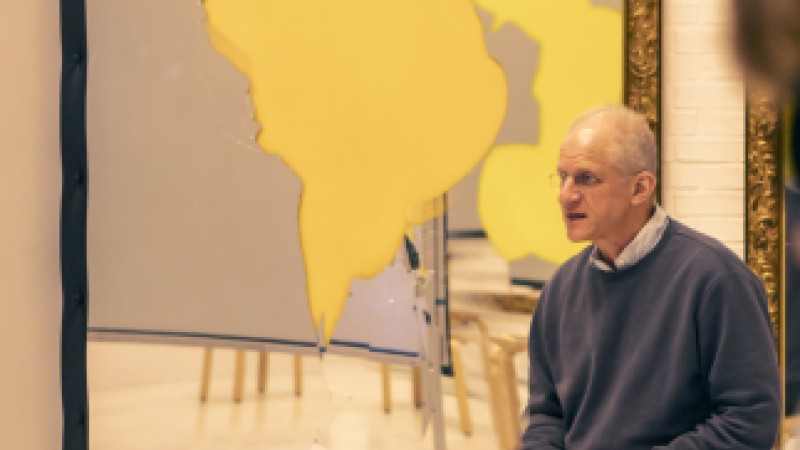 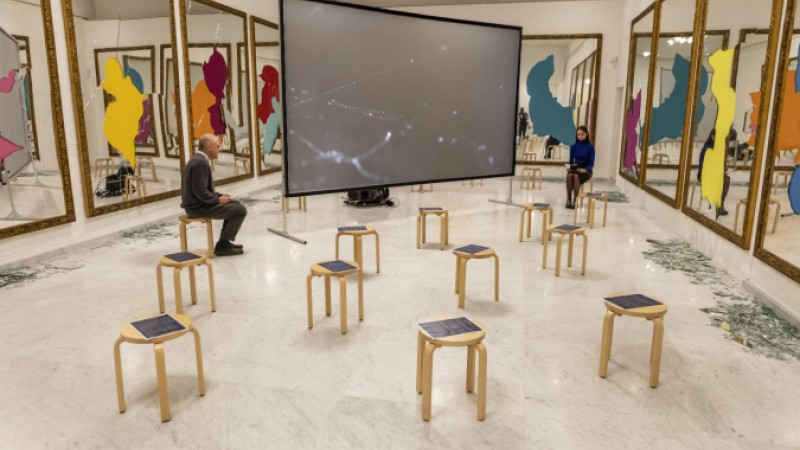 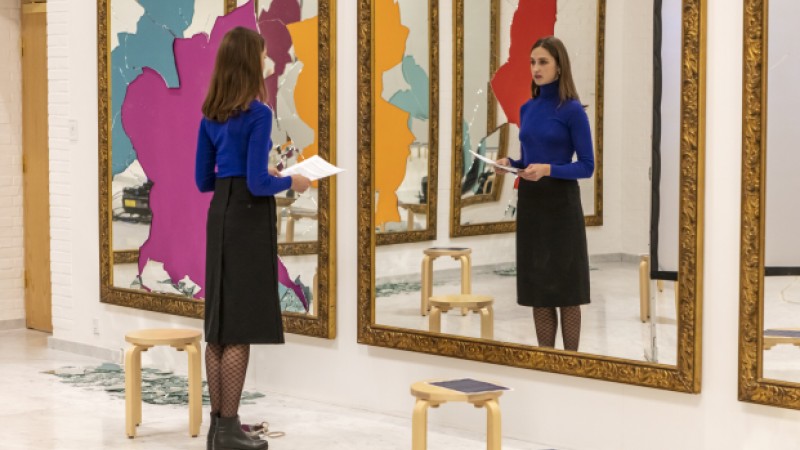 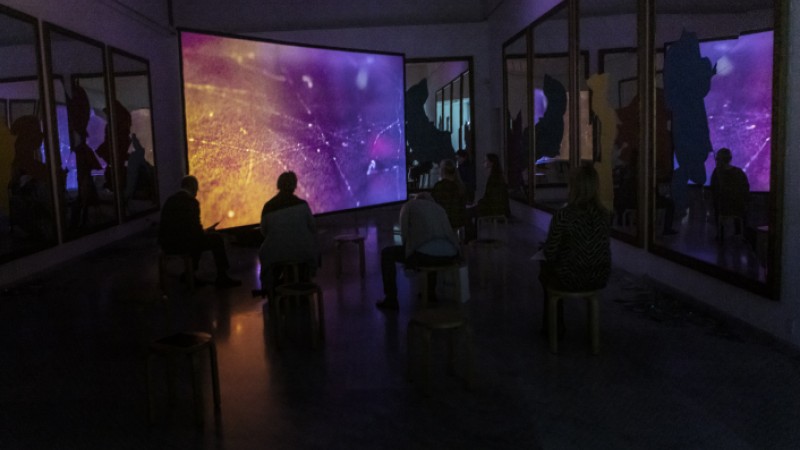 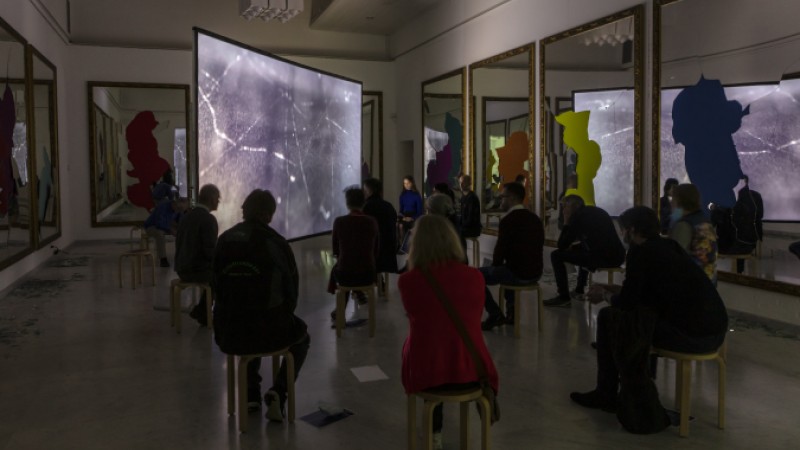 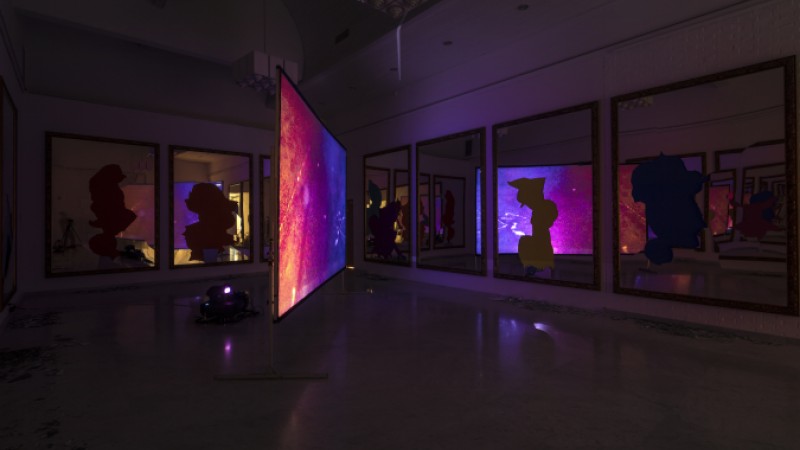