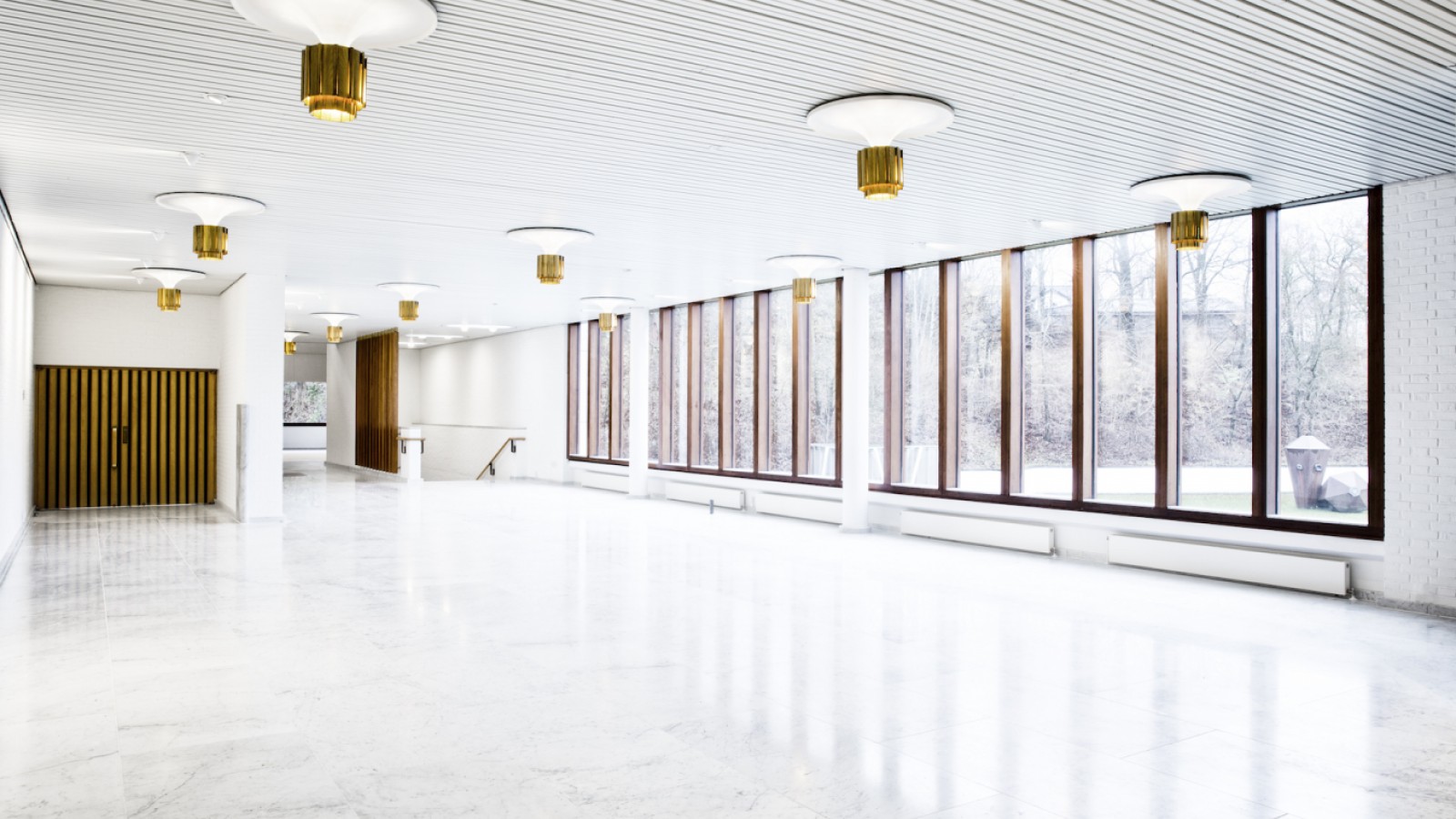 In 1972, Kunsten Museum of Modern Art, as we know it today, opened on Kong Christians Allé. After almost 40 years, the dream of a new Museum building had finally come true.

In 1958 an architectural competition had been organised to design what was then called Nordjyllands Kunstmuseum (North Jutland Museum of Art). This signalled the start of a new era in the old industrial city of Aalborg. Now it was time to give culture a chance!

One of the competition proposals in the bidding round came from Finland. It caused something of a sensation. Who would have thought it? A city like Aalborg had gained the attention of a world-famous master architect from Finland! Alvar Aalto won the competition in collaboration with his wife, Elissa Aalto and the Danish architect, Jean-Jacques Baruël, who at the time was working in Alvar Aalto’s practice. By choosing Aalto’s proposal, the committee were particularly drawn to the building’s interaction with the surroundings and the window sections, which would offer views of the surrounding park in the old gravel pit.

The Museum was built between 1969 and 1972 in white marble with details in redwood and ash, copper and brass. It had a layout that made it easy for guests of all ages to find their way around. One of Aalto’s overriding ideas was for the building to be extremely flexible. The moveable wall partitions would make it easy to change the size and order of the rooms as required.

Today, at street level the Museum features a foyer, a Museum shop and a library, and two open exhibition areas and two galleries. At Sculpture Park level there are the Museum’s café, the new exhibition gallery (that opened in 2016), an auditorium, the cloakroom, a library, offices, storage rooms and a workshop. The Museum covers a total area of about 6000 m2, including exhibition space of about 2500 m2.

The History of the Museum and its Building