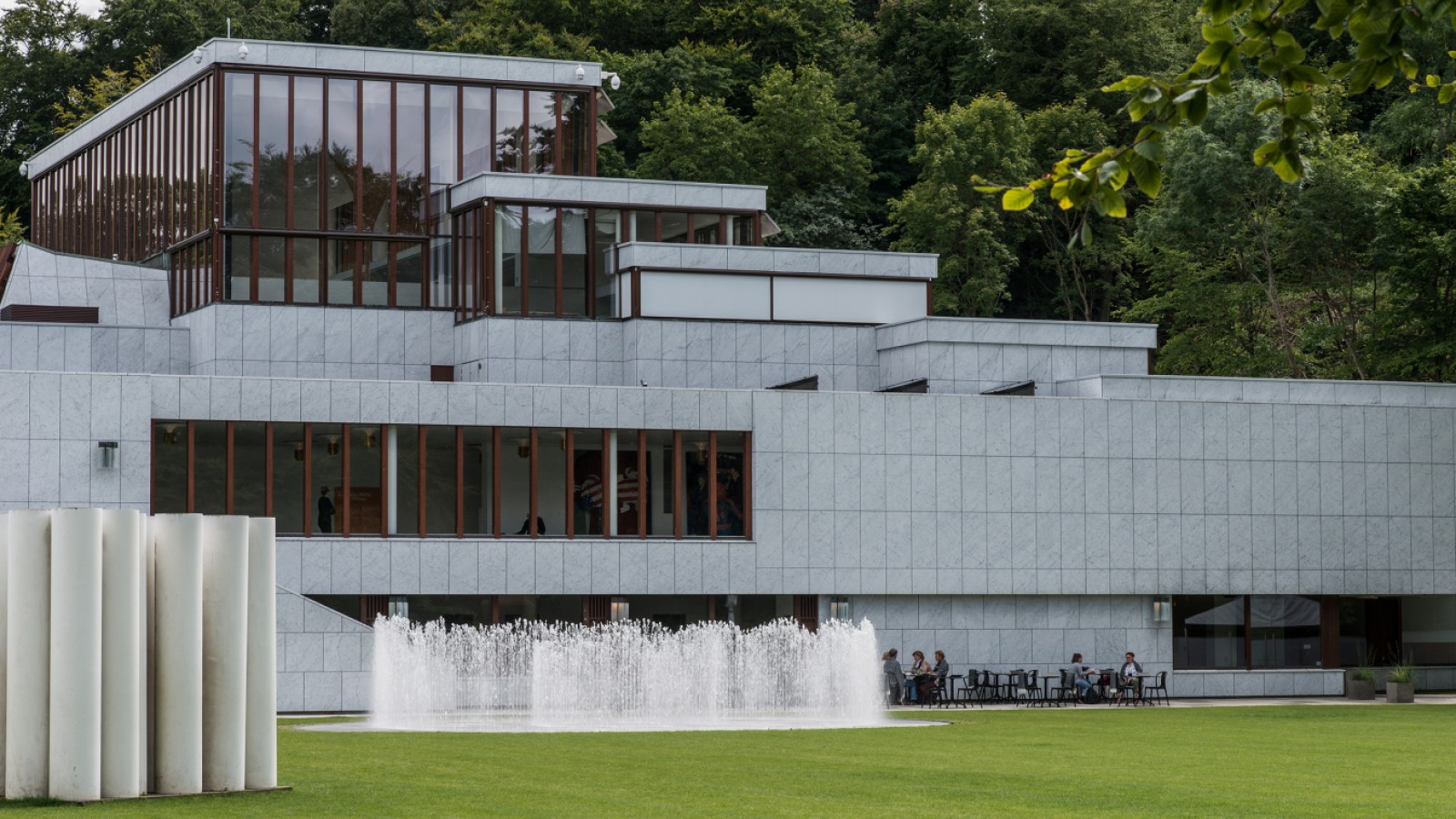 The History of the Museum

Aalborg Museum of Art dates all the way back to the 1870s, but over the years it underwent a huge change, as is evident in the Museum’s change of names, the architectural setting and the nature of the art collection.

Once a steadfast collection of Danish art, today Kunsten has a collection of top quality, international modern and contemporary art. Here is an overview of the Museum’s development:

1870 Aalborg Art Association establishes a permanent collection and starts looking for a suitable Museum building. The schnapps distiller, Harald Jensen is responsible for ‘The Permanent Exhibition’, as it is known, and becomes the founder of the art Museum.

1879 Aalborg Museum is inaugurated – a building that is intended to house the collections of both the Art Museum and the Historical Museum.

1891 Aalborg Museum of Art is declared a self-governing institution with its own board. Harald Jensen is the Chairman.

1893-96 The new Museum is inaugurated. Today the building houses the Aalborg Historical Museum.

1914 The Mayor, F. Bornemann is appointed Chairman of the Board for Aalborg Museum of Art. Subsequently the Museum leads a quiet existence with one Chairman after another.

1934 A group of interested citizens set up Selskabet Aalborg KunstMuseums Venner (Friends of the Museum of Art). Their principal aim is to acquire a new building for the Museum of Art as well as purchasing works of art for the collection.

1936 The Museum’s building committee organises a nationwide competition for a new Museum of Art. For a number of reasons, none of the proposals come to anything.

1957 A Nordic architectural competition is organised for the new Museum of art. When assessing the proposals received, the priorities were: the position of the building in the area and its interaction with its surroundings; the planning of the building; and the use of light. The winning proposal was that of Alvar Aalto and his partners: his wife, Elissa Aalto and the Danish architect, Jean-Jacques Baruël.

1963 The contract with Alvar Aalto is signed.

1967 Lars Rostrup Bøyesen, the former Chief Curator at the National Gallery of Denmark and consultant for Aalborg Museum of Art, becomes the first Museum Director of Aalborg Museum of Art. The Museum is professionalised and the information work, which the previous board started, is developed. Lars Rostrup Bøyesen regards improving the quality of the Museum’s collection as one of his first tasks.

1967 Aalborg Municipality and the Kirsten & Palle Diges Fond purchase Anna and Kresten Krestensen’s private collection of abstract modern art for the Museum: about 400 works from the period 1910-1960. At the heart of the collection are Danish Modernism, the COBRA group and the Paris School. The collection is later supplemented with works by Surrealists, Fluxus artists and the Danish ‘unge vilde’ (the young and wild) movement of the 1980s.

1967 The Museum changes its name to Nordjyllands Kunstmuseum (North Jutland Museum of Art), partly to attract new grant givers for the new Museum building to be constructed. The Museum is promoted as a ‘cultural centre for art’, aimed at consolidating the region and attracting new people.

1968 The local and national funding for the building comes together, and all licences are granted. Construction starts.

1972 Alvar Aalto’s Museum building is inaugurated by Her Majesty Queen Ingrid. In Lars Rostrup Bøyesen’s words, the Museum should be a place, where “people feel at home and to which they want to return.” The day after the opening, the Museum is flooded with 4,500 visitors and the turnstile breaks down.

1995 The building is listed as a fully-fledged example of Alvar Aalto’s special interpretation of Modernism and the only building in Denmark to be designed by the Finnish architect.

1996 The Museum leads the way in terms of digital development and gets its first fully developed website on the Internet – the same year as the Danish Broadcasting Corporation. At this point 12% of Danes are using the Internet 2 hours per week.

2008 Announcement of the new, impressive name: KUNSTEN Museum of Modern Art Aalborg. Starting in 2016 ‘Kunsten’ is no longer written in capital letters.

2012 The Museum establishes a new store for the Museum of Art’s works with more room and the right climatic conditions.

2014 The restoration of Kunsten begins.

2016 After one-and-a-half year’s extensive restoration, the Museum is ready to receive visitors in a new, improved version. Read more about the restoration here.

The History of the Museum and its Building