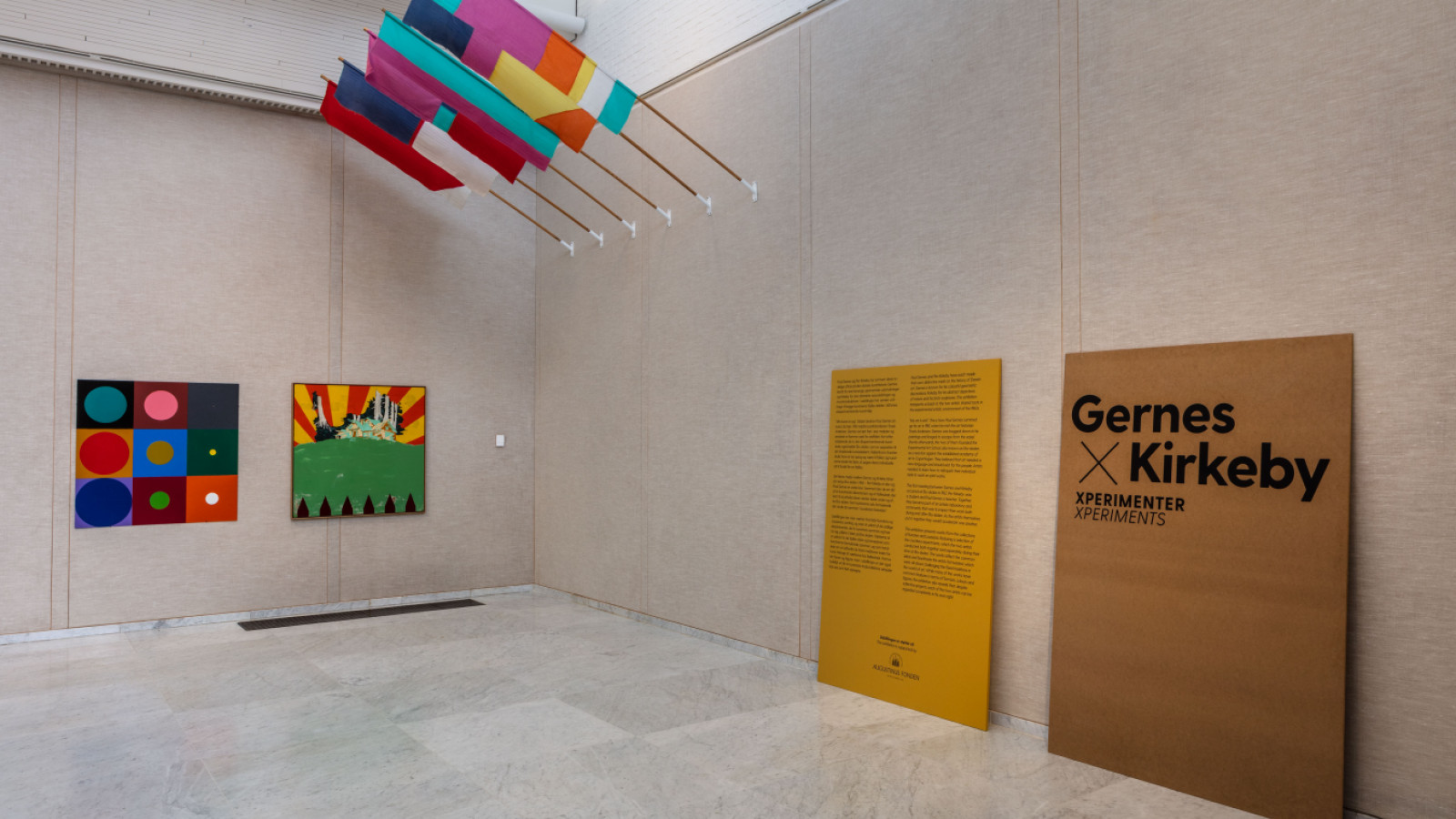 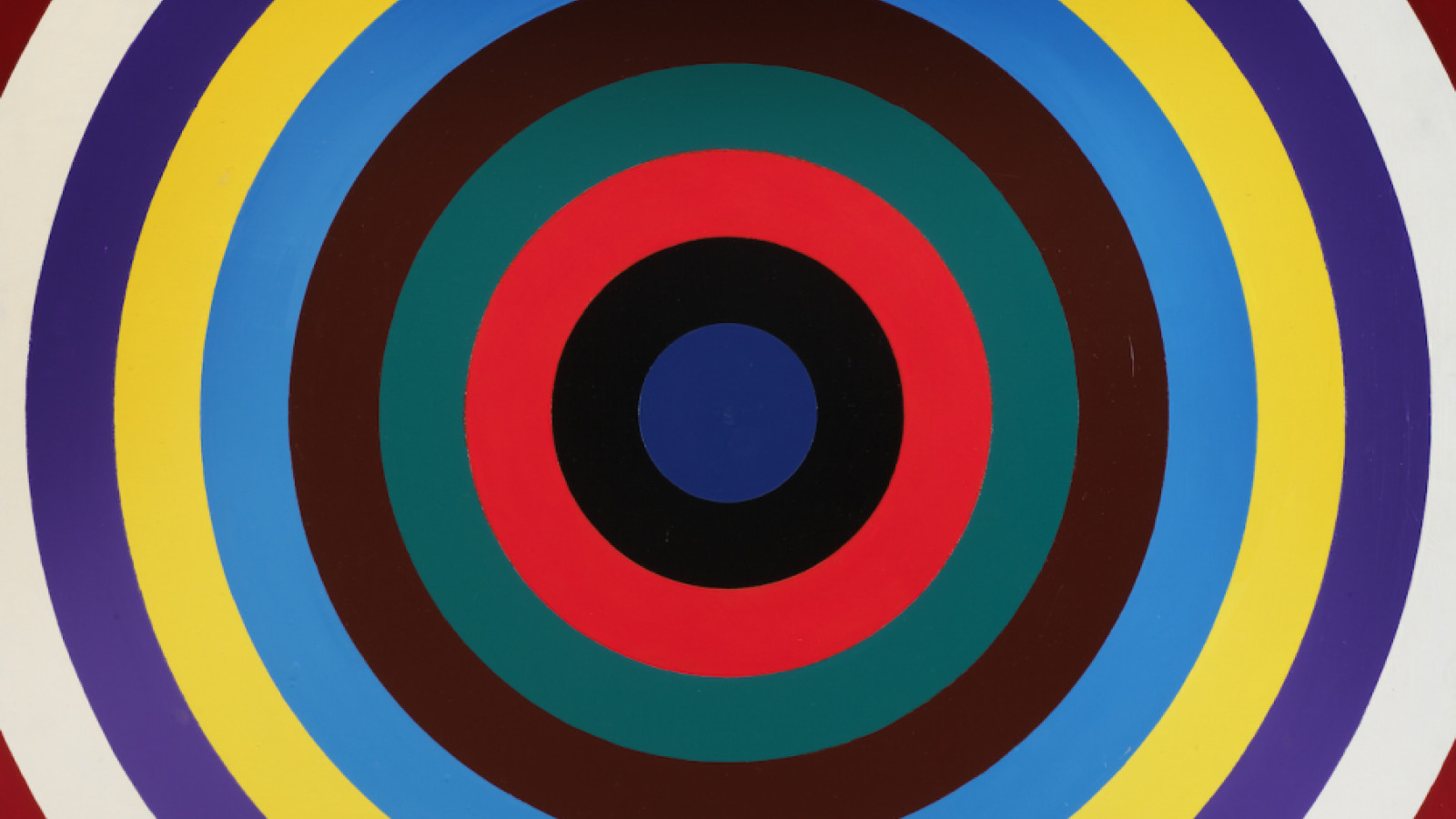 Goodbye to art school, Parnassus and the status of the artist as genius! Hello to geometry, kitsch, coloured leaves and equality! Experience Gernes and Kirkeby in an explosion of multifaceted experiments.

Based on works in the collections of Kunsten and Louisiana, the exhibition spotlights two key figures in the history of Danish art: Poul Gernes (1925-1996) and Per Kirkeby (1938-2018).

The two artists made a major impression on post-1960 modern art and represent new art and infinite experimentation at a time of upheaval. At the same time, though, their expression and their understanding of artistic experiment were very different.

Gernes and Kirkeby key members of the Experimental Art School (Eks-skolen) during the 1960s. The aim of the school was to be a kind of artistic laboratory and an innovative counterpart to the Royal Danish Academy of Fine Arts. Eks-skolen remains a phenomenon in the history of Danish art.

Poul Gernes co-founded the school in 1961. The young geology student Per Kirkeby joined shortly afterwards. Gernes, who taught the use of materials and experiments, advocated the idea that the artists should cultivate a common impersonality and collectivity. That meant the demise of the notion of the artist as genius and painting in the traditional sense. Gernes developed a minimalist, geometric style, while Kirkeby painted on Masonite boards with references to kitsch and coloured leaves.

The exhibition features a number of major works by the artists from their time at Eks-skolen: for example, Per Kirkeby’s 36 paintings for the thematic Aeroplane Exhibition (1965) and Poul Gernes’s Alphabet of Shapes (1966). This is a unique opportunity to discover the two artists’ early work during some significant, formative years. It is also a unique occasion to see the juxtaposition of an equal number of works by Gernes and Kirkeby from the extensive collections of Kunsten and Louisiana. 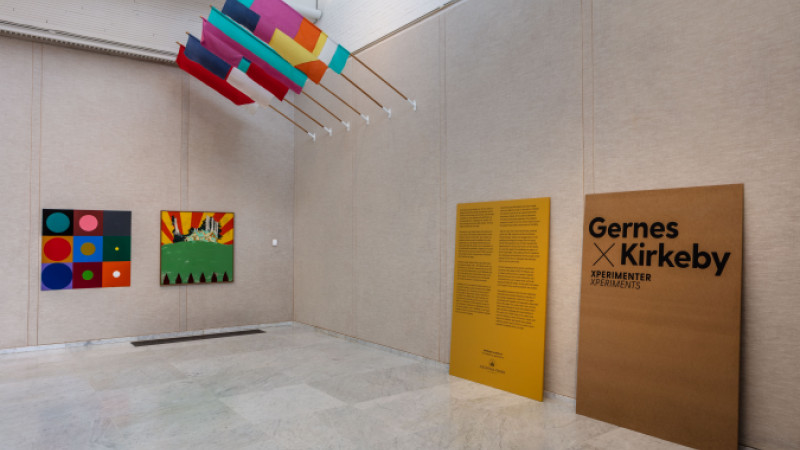 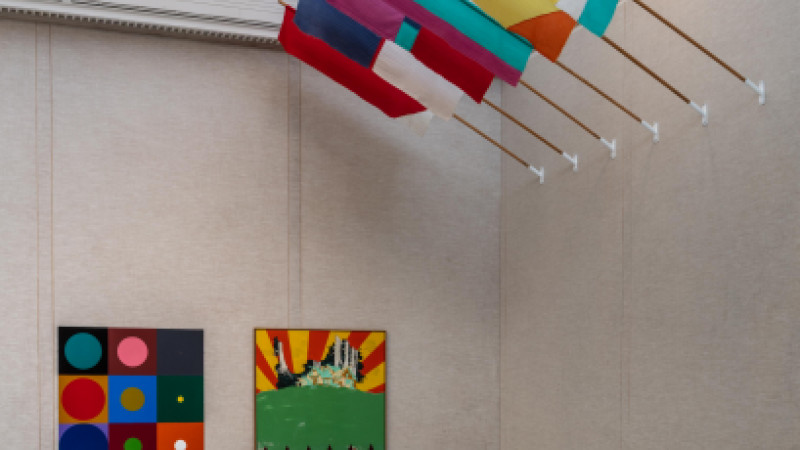 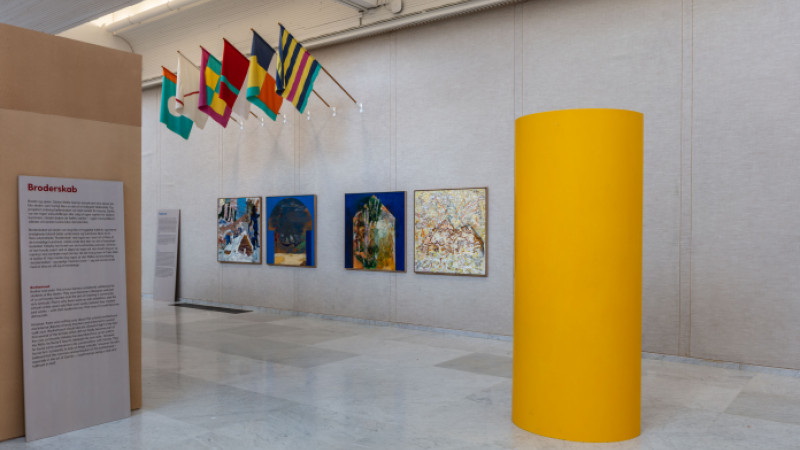 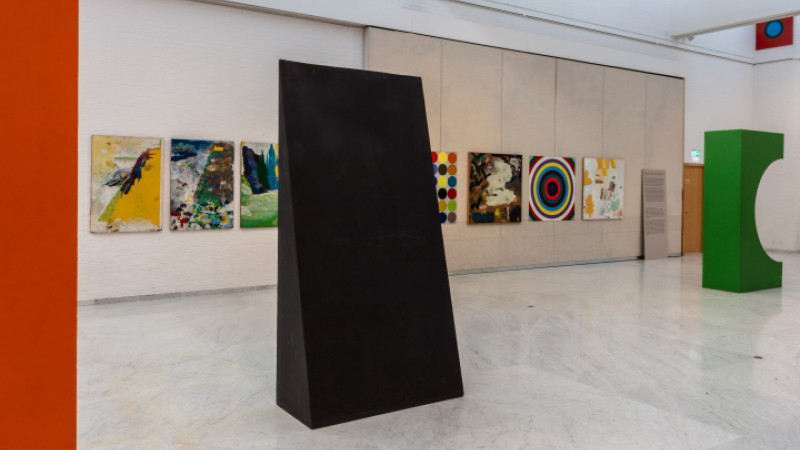 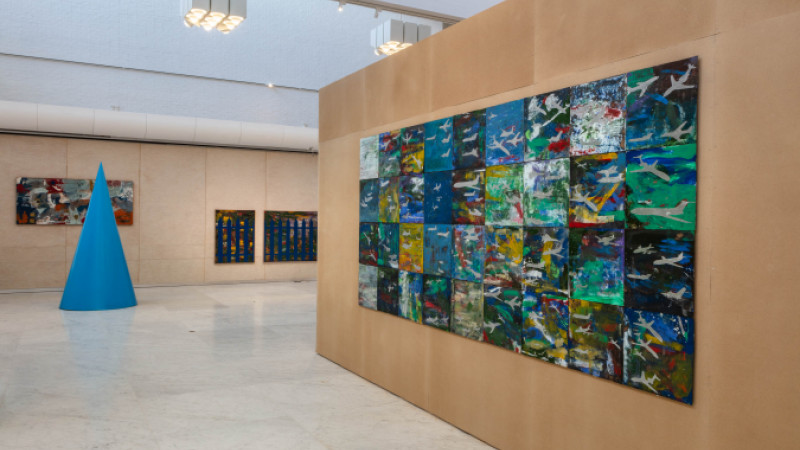 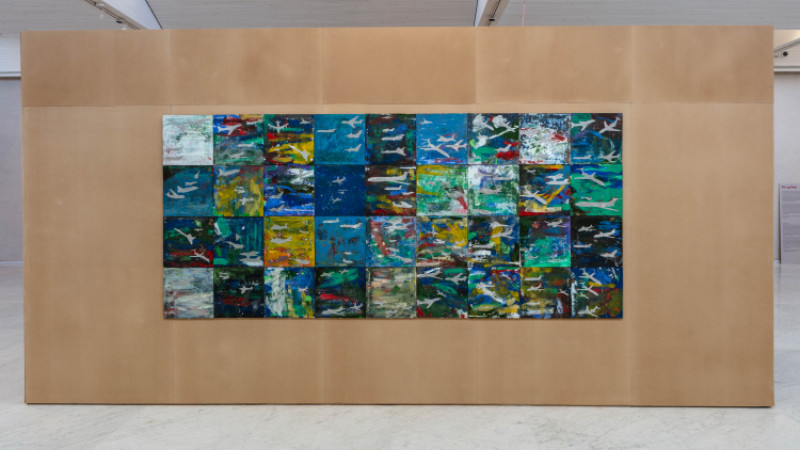 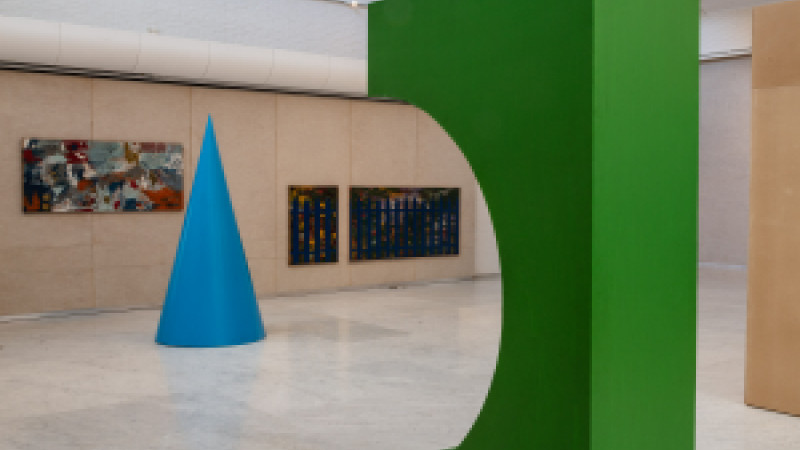 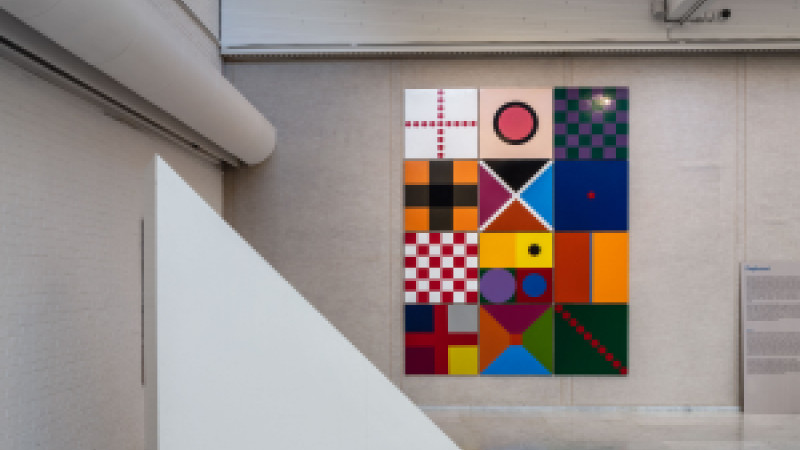 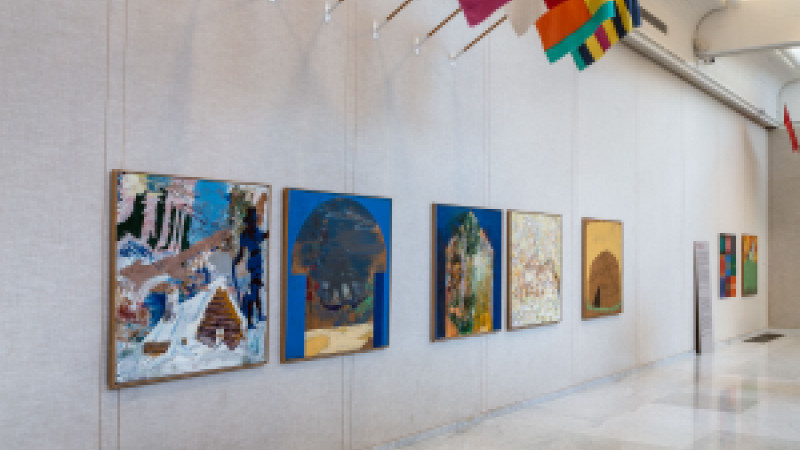 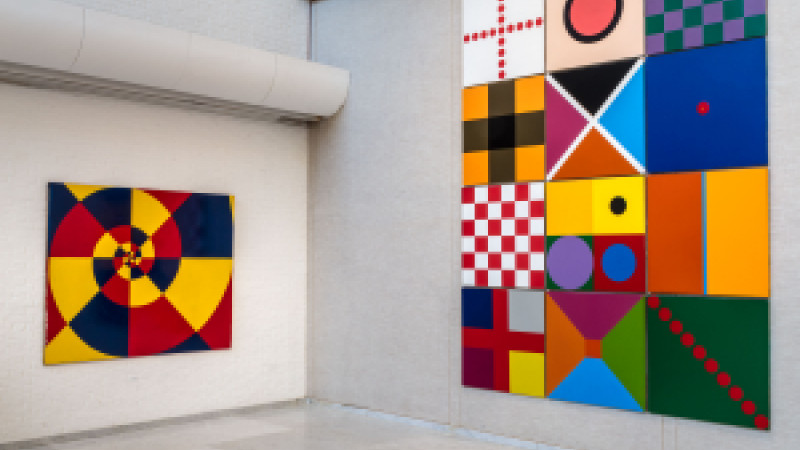 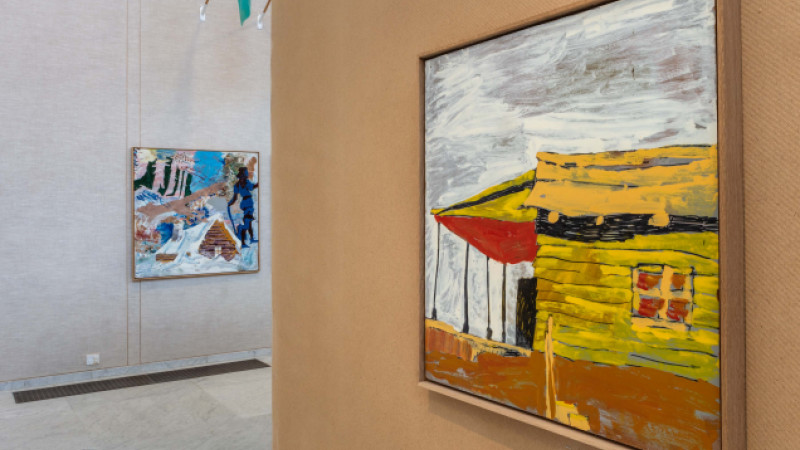